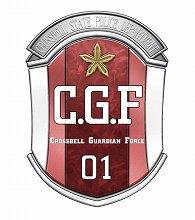 After Dieter Crois's declaration of Crossbell as an independent nation, the Guardian Force was reformed into an official army, and renamed into the Crossbell National Defense Force (クロスベル国防軍, Crossbell Kokubougun). The reorganisation lasted only a short while after the Ao no Kiseki events, after Crossbell was reverted back to its original state after being nullified of its independence.

Retrieved from "https://legendofheroes.fandom.com/wiki/Crossbell_Guardian_Force?oldid=27751"
Community content is available under CC-BY-SA unless otherwise noted.