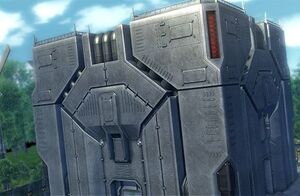 The architecture of the facility consists of an interchangeable composition through its large-scale orbal mechanism. It is used for all sorts of battle training scenarios, and weapons testing.

The moderators of the facility are G. Schmidt himself and Tita Russell, who he personally chose, being the granddaughter of Albert Russell—a genius in the studies of orbal components and once worked alongside G. Schmidt.

Retrieved from "https://legendofheroes.fandom.com/wiki/Einhell_Fortlet?oldid=26579"
Community content is available under CC-BY-SA unless otherwise noted.