Octum is the God of Darkness in The Legend of Heroes IV: A Tear of Vermillion.

Octum is a monstrous, hideous being with a demonic face, a bulbous stomach in which those he consumes can be faintly seen and spider like appendages on his bottom side. He has two large claw-like arms which he sometimes uses to attack.

He was sealed away by Bardus, the God of Light. The Octum's Apostles wish to revive him using Eimelle, who the Apostates believe to be Durga's Daughter, so that he may rebuild the world.

Octum's Shrine is located in the Labyrinth of Time, a place apparently beneath the Sealed Land of warped time and space due to Octum's awakening. Avin learns that Eimelle is being used to open a gate to Hades to bring back the God of Darkness.

Eimelle is swallowed by Octum, who is then revived by consuming her. Avin and the rest of the party fights the God of Darkness, defeating Octum and as a result releasing Eimelle. 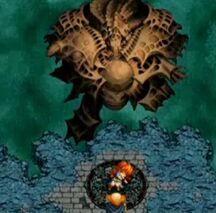 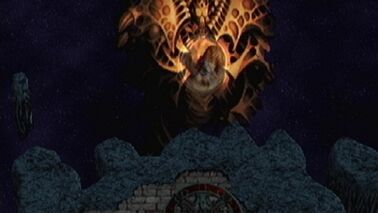 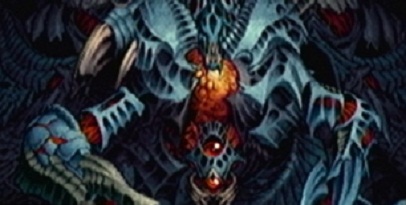 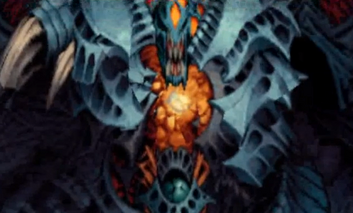 Add a photo to this gallery
Retrieved from "https://legendofheroes.fandom.com/wiki/Octum?oldid=10312"
Community content is available under CC-BY-SA unless otherwise noted.